Sometimes you hear wasps before you see them, which only adds to the anxiety. They zip past your head, warning you not to get too close to their nests. The biggest problem with wasps is you may never know where their nests are hiding. That is why having a local Beaverton wasp control program accessible for your home is essential!

Depending on the species, wasps can build their nests almost anywhere around your home. It can be challenging to enjoy your yard or let your children play outside without worrying. It is not uncommon for wasps to build their nests on playgrounds or other areas where people frequently pass.

Many wonder what the point of wasps is, and fortunately, they are not here to completely terrorize us and attack. Wasps play a vital role in our ecosystem because wasps are pollinators. They will drink nectar from the flowers and get pollen all over their bodies, and spread it just like bees! Our world desperately needs pollinators to help keep plants growing healthy and thriving.

Another important reason we need wasps in our world is to help with insect control. Wasps are considered predators and will help keep other insect populations from growing out of control. Here in Beaverton, we value our gardens, but they can quickly become overrun by other insects like aphids. Fortunately, wasps will consume aphids and other insects; in fact, some wasp species are agricultural pest control.

Types of Wasps in Beaverton 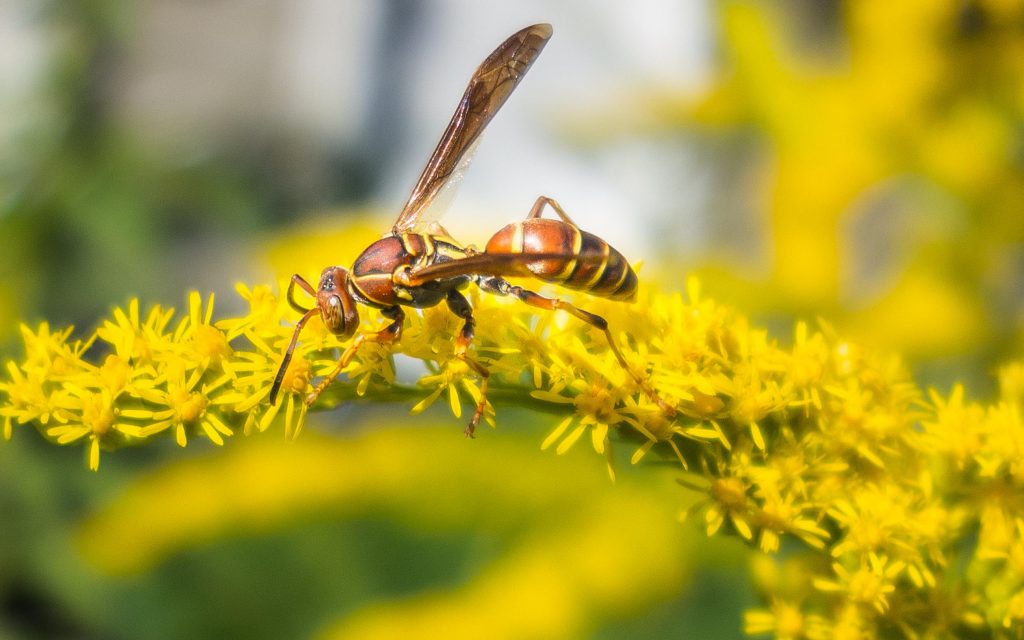 At first, Paper Wasp looks like a Yellow Jacket, but you can see the difference once you get closer. They are mostly brown with some yellow coloration around their bodies. Paper Wasps earn the name from the unique-looking nests they build that consist of a paper-like material. They will chew wood fiber from plants and form nests that form hexagon cells to lay their eggs. 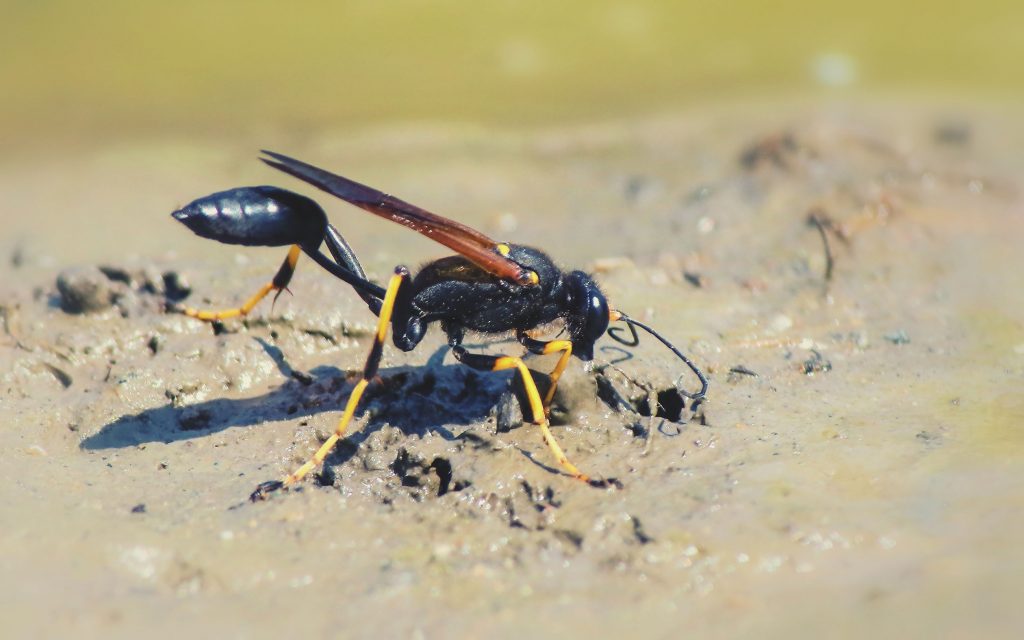 Mud Daubers are unique looking because they have long slender bodies that look intimidating. Fortunately, Mud Daubers are incredibly docile and typically will not even defend their nests when attacked. Their nests consist of mud where their eggs lay till they are ready to hatch. 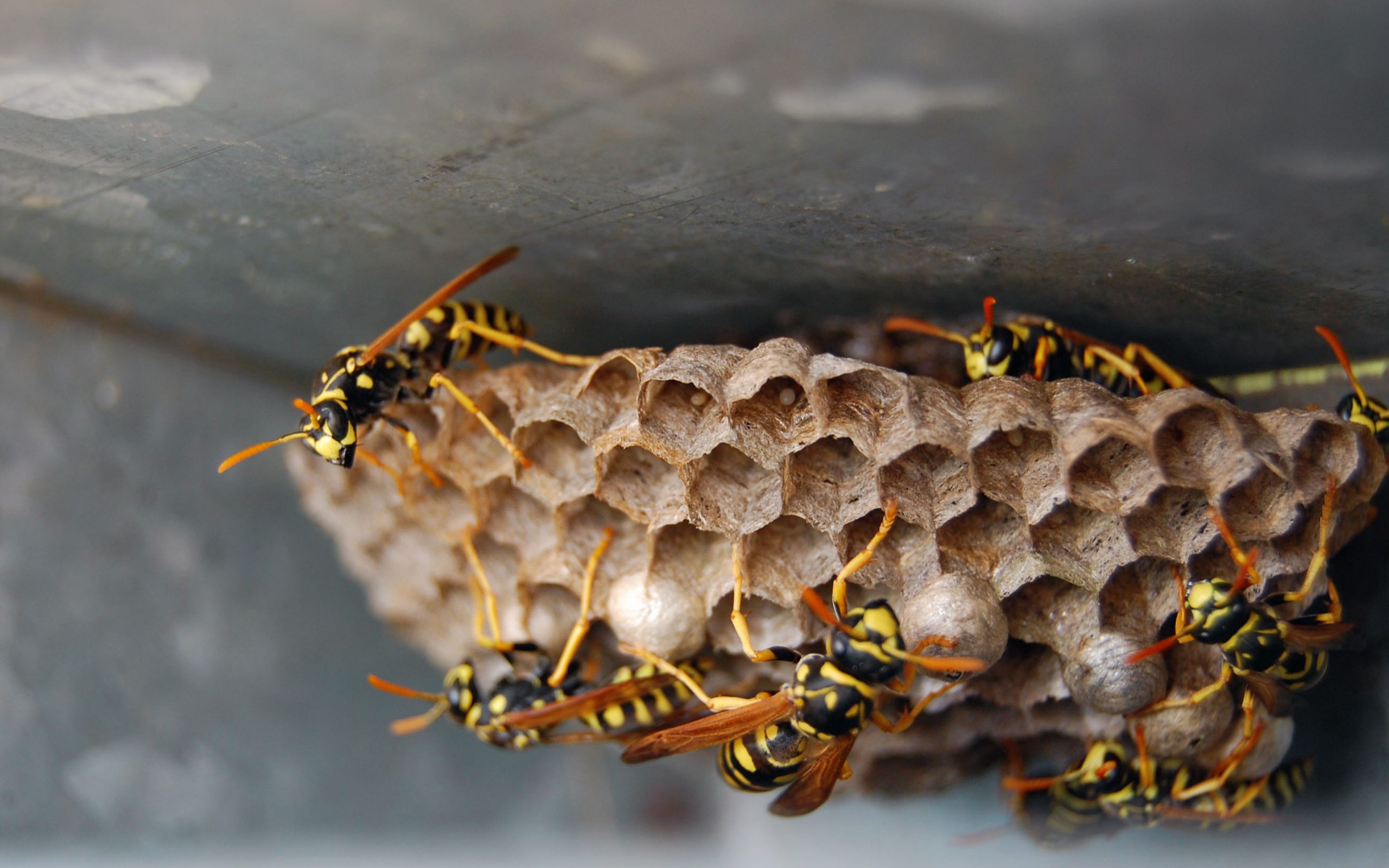 Yellow Jackets are hyper-aggressive and are incredibly protective over their nests. They have yellow and black bodies and form nests underground, up high in trees or other places like eves.

Why Did I Get Wasps?

There are a variety of reasons you may get wasps in or around your home. Wasps have specific needs for sustaining life, just like we do. They need shelter to protect their nests from the elements and other predators. Wasps also require protection for overwintering since they are not as active, if at all, during the winter.

However, with housing and development rapidly growing around the area, it may just be by total accident. Especially if your yard has blooming flowers and a thriving garden full of potential sources of nourishment. A commonplace wasp around the home is up high on eves or in trees mostly. For homes that have unsecured holes, there may be a chance they will nest in attics too.

What are the Dangers of Wasps?

Having a professional Beaverton wasp control program for your home is key to avoiding any immediate threats. For the most part, Wasps are territorial, and they will attack if they feel their nests are at risk. One of the worst aspects of wasps is their ability to sting multiple times, unlike bees, which only sting once.

If a nest is under attack the colony will fly out to protect the nests, which can be lethal. Even solo wasps will sting when agitated while they are out scavenging, despite you seeing them or not. It is easy to accidentally irritate a wasp when pollinating due to its size and brush coverage.

Even for wasps that have recently died, they still pose a threat because their venom sacs may still be active. Wasp’s venom sacs are still functional for a short while after passing, which can accidentally inject you with venom. 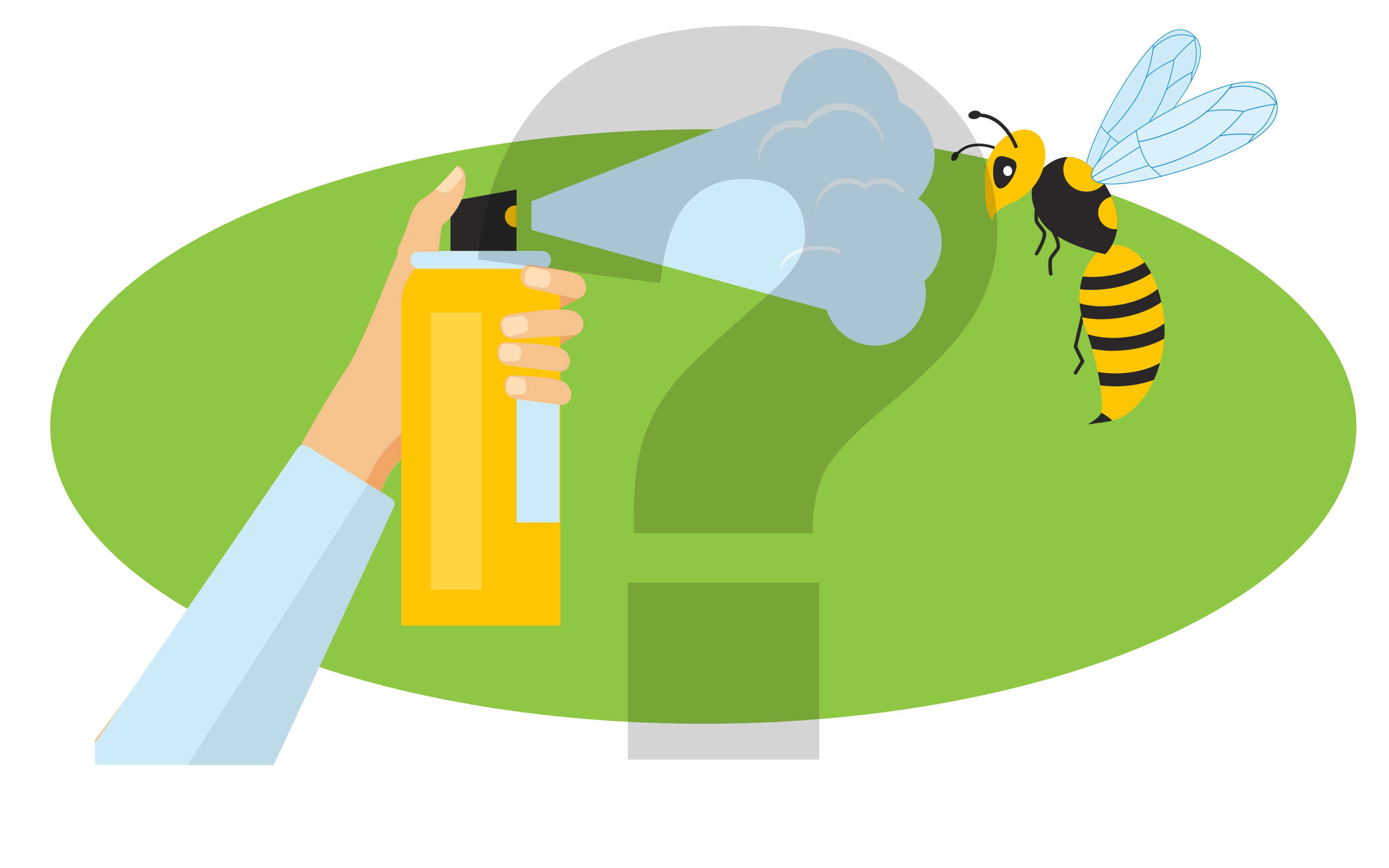 How Do I Remove Wasps?

Wasp nest removal is no easy task due to the high probability of the wasps attacking. The best way to get rid of wasps is to remove their nests, leaving them no incentive to stick around. A local Beaverton wasp control program comes in great help because they can safely remove the nest!

Removing the nest is best done at night when they are not active but not required with the right equipment. Professional pest products can repel future activity, ensuring your home stays wasp-free. Homeowners should not attempt to remove any underground nests because the risk of getting stung is exceptionally high. Contact a professional pest control company to assist you with any wasp nest removal!

When it comes to reliable wasp control in Beaverton, there is one company you should turn to, Prime Pest Solutions. We are a locally-owned pest control business operating at the heart of Beaverton. Our wasp control program will ensure that your backyard stays wasp and worry-free. Gone are the days of having to be concerned about your safety in your yard!

Contact Prime Pest Solutions today and ask how we can make a difference in the wasp activity around your home. Get a free quote for our pest services, including Yellow Jacket removal and protection against Mud Daubers and Paper Wasps! We have been serving Beaverton for over five years and understand what you need to remain pest-free.